Could solar energy be cheaper than fossil fuels? A new battery that stores heat from the sun could make the technology 95% cheaper - TEXEL

Dr R.K Pachauri, former chair at IPCC takes seat in the board 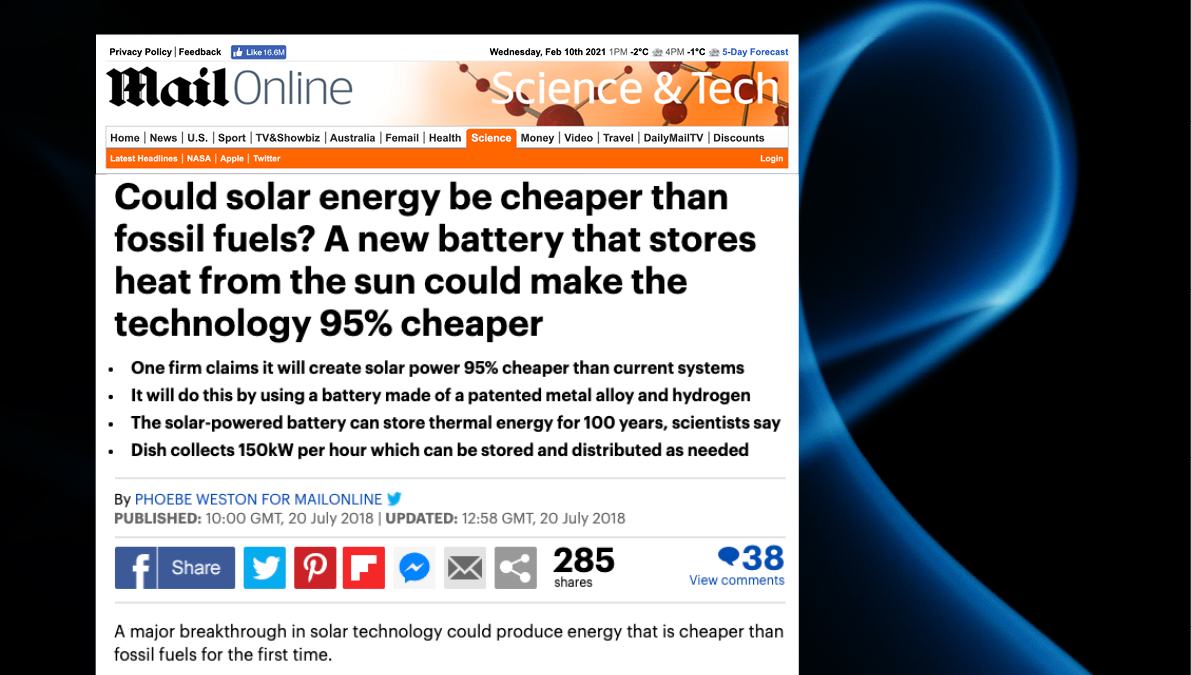 A major breakthrough in solar technology could produce energy that is cheaper than fossil fuels for the first time. One company has licensed a new system that it claims will create solar power that is 95 per cent cheaper than existing systems – with a single battery able to power 11 homes. A UK-Swedish company known as United Sun Systems has designed the new battery that converts heat from the sun into electricity, which unlike light from the sun, can be stored.

Developers say the solar-powered battery can store thermal energy for 100 years without any waste. The technology is based on a concentrated solar thermal power dish that has a battery at the back made of a patented metal alloy and hydrogen.