The Swede who tames Solar Energy 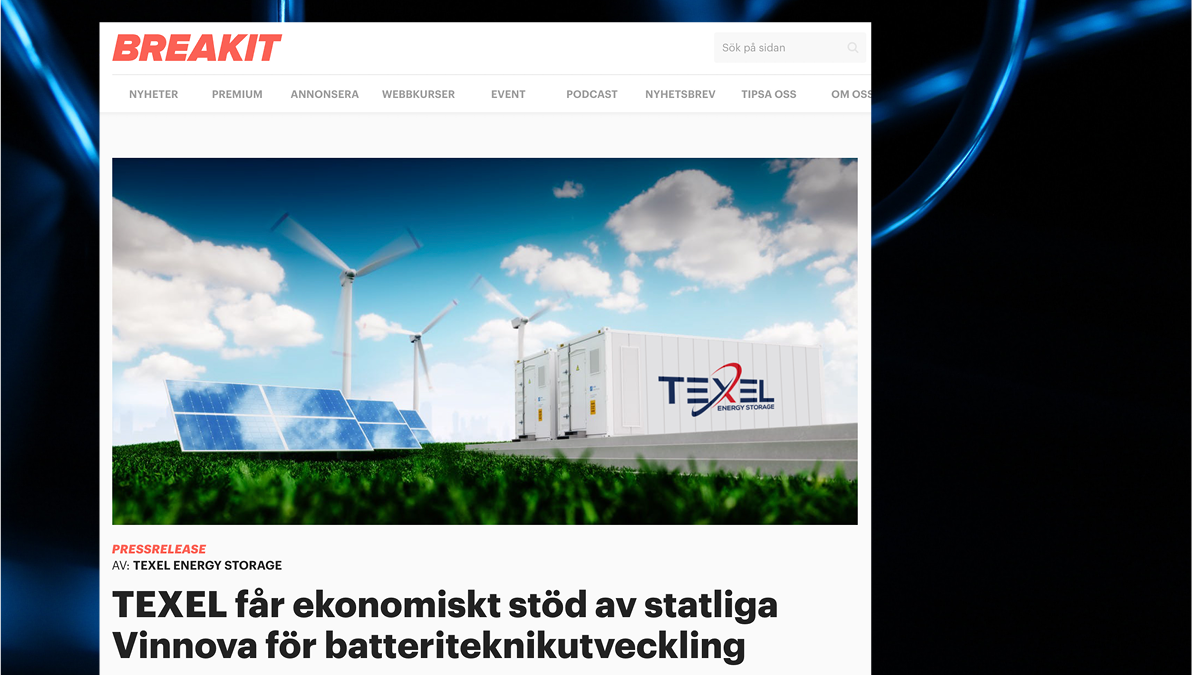 Swedish battery technology development company TEXEL Energy Storage AB (TEXEL) receives support from Swedish government agency Vinnova to develop and demonstrate a new unique battery technology, originally developed in collaboration with, among others, the US Department of Energy (DOE), and one of their laboratories, Savannah River National Laboratory (SRNL).

“We are of course happy that we are now also supported by the Swedish government, as we are a Swedish company and still hope to maintain parts of both development and future production of our batteries, not only in US and Australia, but as well in Europe and Sweden” – says CEO Lars Jacobsson.

TEXEL, in collaboration with, among others, US DOE, SRNL and the Australian government, has developed a new battery technology based on energy storage with a thermochemical solution. The technology is significantly more cost-effective than existing Lithium-Ion batteries, has no cyclic degradation, does not include any rare-earth minerals, is 100% recyclable and has very high energy density.

In September 2018, TEXEL’s battery technology was appointed “The Success Story Beyond Lithium-Ion Batteries” at X-Labs, the large US DOE energy storage conference at Stanford University in Silicon Valley.

“The appointment in Silicon Valley was a direct result of the large and unique benefits we can offer the market through our battery technology. The collaboration with Vinnova gives us further opportunities to develop and optimize our new battery technology”- says CEO Lars Jacobsson.

In Swedish on Breakit